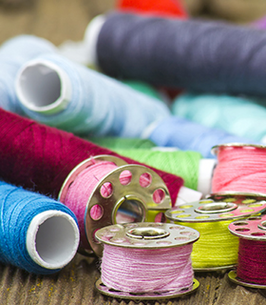 Share this tribute
Memorial Candles Lit for Berenice | SEE ALL
Light a Candle
"We are honored to provide this Book of Memories to the family."
— Warner-Wozniak Funeral Service
Funeral Details Memory Wall Photos & Videos Send Flowers

Print
Berenice Crociani of Garfield, New Jersey, entered eternal life on Thursday, July 12th, 2018, she was 93. Berenice was born in Kingston, New York on February 18th, 1925, to John and Valeria (Schick) Weaver. In the early 1940's Berenice decided to go to college in Washington, D.C. However, with the outbreak of WWII, she was not able to attend the school she wanted. Instead she was hired by the F.B.I. Washington, DC where she worked for several years. After meeting her husband Peter J. Crociani, they were married on February 24th, 1952 in St. Joseph's Church in Kingston, New York. Later that year she began working for the Bergen County Probation Department, retiring in 1992 after forty years with the department, as the Chief Head Clerk. In her free time Berenice enjoyed crocheting, playing bingo and the A/C bus trips with her husband and friends. She has been a faithful parishioner of the Most Holy Name in Garfield. Berenice was predeceased by her beloved husband Peter on August 8th, 2010. She is survived by her devoted and loving son, who has also been her caretaker, Kevin Crociani. Visiting 2-4 and 7 - 9 pm, Tuesday, July 17th, Warner-Wozniak Funeral Service, 80 Midland Ave. Wallington. A funeral Mass will be celebrated, (time pending) Wednesday, July 18th, 2018, at Church of the Most Holy Name, 99 Marsellus Place Garfield, New Jersey 07026. Contributions to Most Holy Name Church in Berenice's name are gratefully appreciated. www.WarnerAndWozniak.com

We encourage you to share any memorable photos or stories about Berenice. All tributes placed on and purchased through this memorial website will remain on in perpetuity for future generations.

KD
So sorry for your loss Kevin. I worked with your Mom and Dad at Probation. Met you once or twice too. She hired me in 1985 at 20 years old. She was always good to me. She was a tough boss but a great lady. She always had my best interest at heart. Even when I moved on to another division, she was still the best. Your dad too. Rough exterior but a nice guy.

Reading how your Mom gave up college to work for the F.B.I. when WW2 started is just amazing to me. Then 40 years at Probation. What and extraordinary life. May she Rest In Peace.
Kathleen Dame-Fierro - Tuesday July 17, 2018 via Condolence Message
Share This:

MT
Our entire family is saddened by the loss of our dear Berenice. It is a cliche to say she was "LIKE" family, for indeed she WAS family to us, We share many, many memories , all of them wonderful of this amazing woman.
Marilyn and Jim Tanella - Monday July 16, 2018 via Condolence Message
Share This:

Our thoughts are with you and pray that Aunt Berenice is now at peace.