Share this tribute
Memorial Candles Lit for Jozef | SEE ALL
Light a Candle
"We are honored to provide this Book of Memories to the family."
— Warner-Wozniak Funeral Service
"A great man and father. Gone but he will never be forgotten "
— Leonardo lopez
Funeral Details Memory Wall Photos & Videos Send Flowers

Print
Jozef Magiera of Garfield, entered eternal life on Tuesday, February 13th, 2018, he was 65. Jozef was born in Niedzica, Poland on February 9th, 1953, to Jozef and Maria (Gronska) Magiera. He was married to his beloved wife Maria (Szpernoga), on July 27th, 1975 in Poland. Jozef and his family came to the United States in 1999, settling in Garfield. He has worked as a brick layer for BAC Local 4, Fairfield, NJ for the past 19 years. Jozef was a parishioner of St. Joseph's Church, Passaic, and enjoyed soccer, reading books and was a history buff. While living in Poland he had served his community as a Volunteer Firefighter for over 20 years. Jozef is survived his loving wife Maria, dear mother Maria, his five devoted children, Magdalena and husband Marek Wenit, Wojciech and wife Edyta Magiera, Malgorzata and husband Justin Skorupa, Dominika Magiera
and Jozef Magiera. He is also survived by his two cherished grandchildren, Zuzanna and Maksymilian, and his one sister and four brothers. Visiting 7 - 9 pm, Friday, February 16th, Warner-Wozniak Funeral Service, 80 Midland Ave. Wallington, NJ. A funeral Mass will be celebrated 10 am, Saturday, February 17th, St. Joseph's Church, 7 Parker Ave. Passaic, New Jersey. Jozef will be laid to rest at St. Mary's Cemetery, Saddle Brook. www.WarnerAndWozniak.com

To send flowers to the family of Jozef Magiera, please visit our Heartfelt Sympathies Store.

We encourage you to share any memorable photos or stories about Jozef. All tributes placed on and purchased through this memorial website will remain on in perpetuity for future generations.

"Perhaps they are not stars, but rather openings in Heaven where our loved ones shine down to let us know they are happy"
To the Magiera Family..Jozef, Misiek.
Love, Nicole&Kevin
Nicole Miazga - Thursday February 15, 2018 via Heartfelt Sympathies
Share This:

We extend our deepest condolences to you and your whole family. We are here if you ever need anything.
Karolina, Patrycja, Haylie, Travis - Thursday February 15, 2018 via Heartfelt Sympathies
Share This: 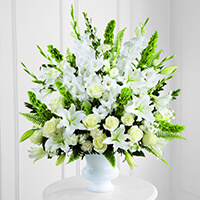 Dear Dominika, Please accept our warmest condolences. We are thinking of you and sending thoughts of peace and courage your way.
ABM Operations Team - Wednesday February 14, 2018 via Heartfelt Sympathies
Share This:

A great man and father. Gone but he will never be forgotten
Leonardo lopez - Tuesday February 13, 2018 via Memorial Candle
Share This:

Q
Please accept my deepest condolences. It’s always a painful tragedy to lose a loved one in death. It saddens us to think that we may never see our loved one’s smile again or hear their laughter again. But God has promised all of us that one day death will not exist and that we will see our dead loved ones again. Revelation 21:4 says, “And he will wipe out every tear from their eyes and death will be no more,neither will mourning, nor outcry. nor pain be anymore, the former things have passed away." I hope that this brings your family a measure of solace during this difficult time. If you have more questions about the Bible and its promises, please feel free to contact me.
QM - Tuesday February 13, 2018 via Condolence Message
Share This:
1
Page 1 of 1
Share
×