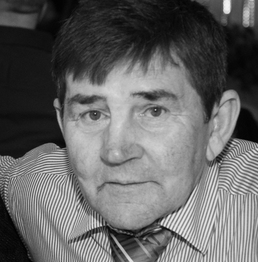 Stanisław "Stanley" Krasowski passed away on January 6th, 2022, at the age of 65. Surrounded by his loved ones at home, he returned to God after his brave, final journey with cancer and found peace in heaven. Stanisław was born in Podlaskie Voivodeship, in eastern Poland, on January 3rd, 1957, to his parents, Helena and Stanisław. The son of rural farmers, he left his home village of Pułazie-Świerże as a teenager to start his new journey in life. He soon found work in construction, operating heavy machinery and contributing to many important industrial projects across Poland. He learned valuable skills and life experience along the way, as well as his favorite recipe for pierogi ruskie, which he brought back from Rzeszów for his grandmother, Marysia. His true love was the city of Wrocław, and he often recounted the beauty and rich history of the city. Taking his adventures abroad, Stanisław immigrated to the United States in 1986. He later became a U.S. citizen in 1994, incredibly proud of his familial homeland of Poland and his newfound home in America. Upon arriving, he joined a roofing company in New Jersey, and roofing became his career and passion. Creative and perfectionist, with a keen eye for detail, he had a "sixth sense" for his profession, and now he can oversee his masterpieces from above. Outside of work, Stanisław had many interests and talents — a versatile handyman, an excellent chef, and a deep appreciator of nature. He was an avid reader of history, especially of Poland and America, and he never hesitated to share his opinion, while also attentively learning from others. Stanisław held great love for his family, and he sacrificed so much to provide for their well-being. He married his wife, Barbara, in 1993. One year later, he became a father to his son, Robert. For the past three decades, he was accompanied on his journey by Barbara, Robert, and his brother, Ryszard, sharing many treasured experiences and memories together. He is further survived by his sisters, Jadzia and Basia, with their respective families; his brother, Gienek, and his family in Poland; and his goddaughter, Monika. His cherished memory is carried on by his family, as well as many friends, neighbors, and community members in Poland and America. Visiting 5:00 pm to 8:00 pm on Wednesday, January 12th, 2022, at Warner-Wozniak Funeral Service, 80 Midland Avenue, Wallington, NJ. A funeral Mass will be celebrated at 10:00 am on Thursday, January 13th, 2022, at The Most Sacred Heart of Jesus Church, 127 Paterson Avenue, Wallington, NJ. Stanisław will be laid to rest at St. Mary's Cemetery, Saddle Brook, NJ.

All rights reserved. This obituary is also archived at obittree.com