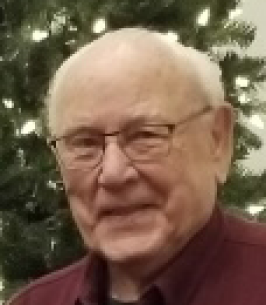 Walter Rever of Holland, PA, entered eternal life on Saturday, January 15th, 2022, he was 92. Walter was born in Passaic, NJ on November 19th, 1929, to Walter Francis and Anna (Serafin) Rever. Walter was married to his beloved wife Florence (Chislock), on September 17th,1955 for 65 wonderful years prior to her passing in May of 2020. Walter was born and raised in Passaic, NJ but lived in Fairlawn, Saddle Brook, and Wallington, before moving to Holland, PA just a few years ago. He has enjoyed living with his daughter and son-in-law. Walter served honorably in the US Navy during the Korean War, where he worked as a Machinist. During his professional career, Walter continued to work as a Machinist for Hoffman-La Roche and later Roche Labs. Walter retired after 30 years of dedicated service, where his prototype machined pieces allowed company scientists to obtain patents and advance drug development. Walter was a lifetime VFW member. He had an incredible eye for detail, perhaps due to his precision work; and took that skill with him everywhere he went, and could be seen in everything he did. Walter enjoyed traveling, especially cruises. He and Florence, took many fun-filled trips around the country with the Roche Retiree Club. He enjoyed a good meal and would not hesitate to say something about it! He liked HOT soup, COLD fruit, coffee with only milk, not cream, and it had to be a khaki color, and he loved apple pie but not with a lot of cinnamon, as he did not like cinnamon, however, his granddaughters-in-law would extend his palate on some occasions. He also loved to watch his grandsons make cocktails, bake breads and pretzels, and would enjoy being able to test the results. Walter was an avid reader of the newspaper and kept up to date with the current events everyday. He loved to watch sports on TV, especially football, golf, tennis, and bowling. Although Walter was a dedicated, lifelong Giants football fan, he would always show his support and follow the college football teams, of the schools his grandchildren attended. He notoriously "supervised" home projects around the house. Walter always took time and interest in his family. He shared lifetime stories with his grandchildren and would want to hear about their lives. Walter was always proud of all their achievements. He is survived by his loving children, Walter & his wife Rosanna Rever and Debra & her husband Todd Domke; dear grandchildren Sean & his wife Katherine Boyer Domke, Adam & his wife Katy Ann Nowalinski Domke, David & his wife Nikole Cabrera Domke, Jacqueline Rever, and Katarina Rever; and his cherished great grandchildren Miles Domke, Addison Domke, Benjamin Domke, Asher Domke, Elsa Domke, and Ian Domke. Visiting, 10:30 am -12:30 pm, Saturday, January 22nd, 2022, Warner-Wozniak Funeral Service, 80 Midland Ave. Wallington, NJ 07057. Walter will then be laid to rest,1pm, at Saints Peter & Paul Cemetery, Westminster Pl., Saddle Brook, NJ 07663. www.WarnerAndWozniak.com

All rights reserved. This obituary is also archived at obittree.com